Jonathan Symmonds has over 18 years of experience in Film, Tv, Commercials and the games industry. He has worked on films such as Avatar, Harry Potter, Prince of Persia, Nanny Mcphee, Dark Tide and was the Lead animator on the Game of Thrones for 5 years!

Jonathan is our co-founder alongside Romy Tesei and he mainly teaches animation. Jonathan was nominated 3 times for a VES society award for his work on the Game of Thrones and ended up creating his own dragon that a few on you lucky students will get to work with if you do one of his dragon classes. By the way, he has also done his own TED Talk! Check it out!
Write your awesome label here. 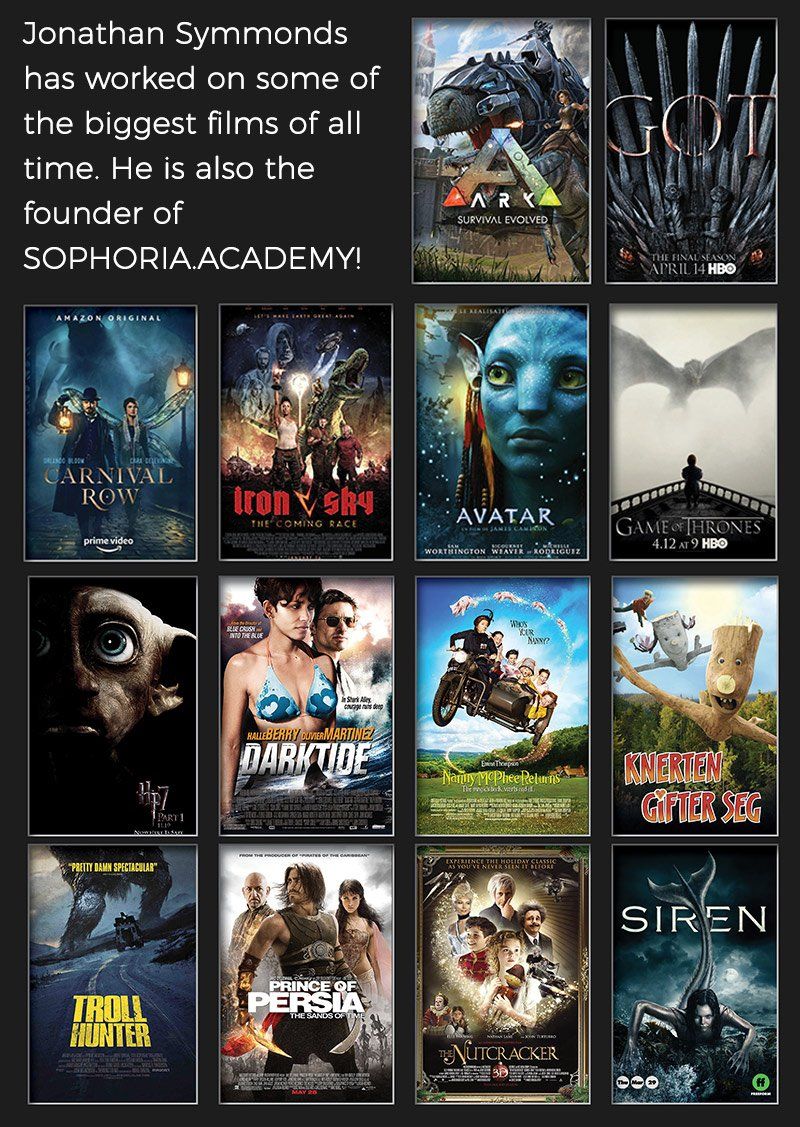 Save money by grabbing both courses at an amazing discount! Elephant and Giraffe cycles!
Three courses! Raptor animation locomotion techniques, run, walk and blink! Save now!
Created with